Mumbai is known as the capital of Maharashtra. If you lookup this city is the most populous city among all the cities of India. This city is also the populous city among all the metropolitan cities. This city has also got the 8th position in the whole world. This ranking was also made according to the amount of population. It has around 18.4 million people as a city. But as a metropolitan city it has a population of about 20.7 million. This was measured in the year of 2011. This city is situated on the west coast of India and also contains a deep natural harbor. This city was termed as an alpha world city. Mumbai is the wealthiest city in India. This city has earned the highest GDP among all the cities in the south west or even in the Central Asia. Mumbai were formed from the seven islands. They were considered and used as home to people of some communities. These communities were known as fishing colonies. These colonies were under the control of many successful emperors for centuries. After that time, these colonies were being ceased by the Portuguese also to the British East India Company. In the 18th century Mumbai was reshaped under Hornby Vellard project. Under this project the area between different islands were taken under control. In mean time preparation of major roads and railways were continued. All these were completed in the 1845. A huge economical and educational development was happened in the 19th century. A great movement and also a strong base for the independence of India were made from here. Mumbai is now called the capital for financial and commercial and also for entertainment. This city has occupied a place among the world’s top ten centers of commerce and also has accepted the terms of global financial flow. This city generates 6.16% of GDP of the whole India. And the industrial output of this city is 70%. Important buildings of many important persons also of much government and of non government offices are situated here. Even the Reserve Bank of India and the National Stock Exchange of India are also situated here. Both the Hindi and the Marathi film industries are also situated here. This city also has some problems like all other metropolitan cities. This city is also suffering from traffic jam and different type of pollutions and also from social problems. But its development in construction side like all other sides is really admirable. This city has got some luxury and expensive hotels. 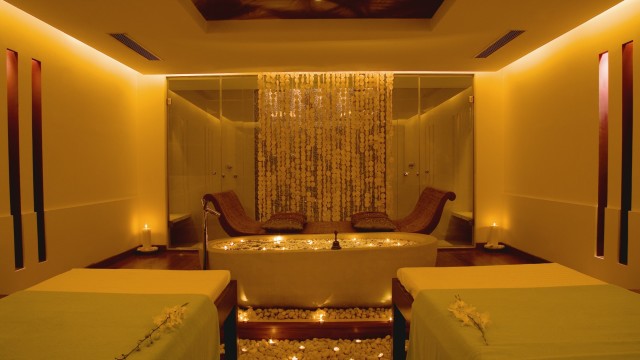 Taj hotel Resort and Palace is one of the most luxury and expensive hotel in India. This hotel is also known as chain of India. This hotel is located Oxford house in Mumbai and also incorporated by Jamsetji Tata who was founder of the Tata group in 1903. Taj hotels and Resorts Palaces is a part of the Tata group. It is now operating many numerous hotels including the Taj Mahal Palace Hotel. This hotel is situated in the Colaba region of Mumbai. This hotel is considered as one of the leading hotel of the group. It has 560 rooms and 44 suites. Almost 1500 staff and 35 butlers work in this hotel. The hotel is made of two separate buildings. The two buildings were made in different times and they are also different in design from each other. This hotel gives best level of service in India. Many honorable guests like presidents from different countries and owners of industries stayed in this hotel. The original building which was commissioned by Tata first opened to guests on December 16, 1903. Jamsedji Tata first took decision to build this hotel when they refused to let him enter into one of the grand hotel, Watson’s hotel. This hotel was permitted for the whites only. Mr. Sitaram Khanderao Vaidya and D>N. Miraz were the original architect to whom this this project was given. But the design of the whole project was completed by an English engineer. His name was W.A. Chambers. The contract was given to Khansaheb Sorabji Ruttonji contractors. They also designed and built the floating staircase. The cost was 250,000 euro (127 million today)