The New York City has had many nicknames, but the most common one is the Big Apple. The name originated in the early 1920’s when a news reporter, John Fitz Gerald, used it to describe the New York’s horse racing tracks in his magazine column. Ever since then, the name has stuck and has been widely adopted all over the globe. Most often, seasoned travelers, travel advisors and documentary filmmakers admit that the Big Apple is one of their preferred places. The Big Apple prides in holding some of the most amazing and breathtaking landmarks and attractions the world has ever seen. From the Central Park Ice Skating to the Brooklyn bridge tour to the Empire State Building, each attraction gives the visitors an outstanding experience that cannot be experienced anywhere else in the world. 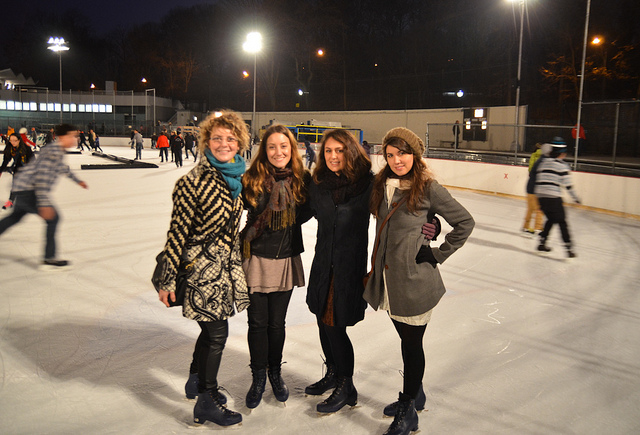 During the winter seasons, skating at the Wollman Rink has become a tradition not only to the New Yorkers but also the tourists. The beautiful skating backdrop compliments the magical skyline of the park, which makes it very romantic and ideal for persons of all age groups. The 33,000 square foot venue is opened to the public both day and night.

This tour is probably one of the most exciting tours of all times. This tour gives the tourists a remarkable experience on the iconic landmarks found in New York. Some of the famous landmarks that can be spotted while soaring above the city include the Hudson River, the Statue of Liberty and the George Washington Bridge.

Top of the Rock

This is an observation deck found 70 floors high in the GE Building. Located in the heart of Manhattan, the Top of the Rock offers breathtaking views of the Central Park and the Empire State Building. Apart from that, it is surrounded by some of the finest restaurants in the city. 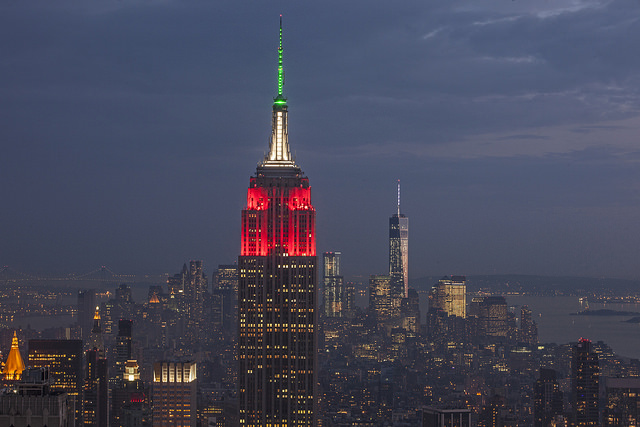 This is probably the best way of touring the New York City, hoping on and off the bus gives the tourist the golden opportunity to visit the city at their convenience. Most of the bus companies allow 30 stops with four different hops.

The Brooklyn Bridge is about 5989 feet long with a pedestrian walkway of about 1.6kilometers. This makes it one of the longest bridges in the world. Visitors are allowed a 24-hour access. However, visits during sunsets are advised because of the beautiful background sceneries. Visiting this place is ideal for all age groups.

In conclusion, New York is one of the best tourist destinations. The skyscrapers, bridges, waterways and the friendly people from the islands make it a top tourist destination. It should, however, be noted that weather during the winter falls greatly, therefore, tourists are advice to carry warm clothes to avoid discomforts.