Summers aren’t the same without a music festival or two but the good old British weather isn’t always commensurate with our sunny expectations.

With the Euro stronger than ever and the promise of warmer climes, more Brits than ever before are ditching the wellies and rain-sodden tents in favour of flip-flops and beach breaks between bands. Here is our pick of the top ten European festivals worth travelling for in 2015.

With temperatures ranging between the late 20’s, Croatia’s climate draws a sun seeking crowd for Hideout Festival. Over 100 artists (Duke Dumont, Sigma, Shy FX and Mistajam are amongst those announced so far) and tens of thousands of revellers will congregate on Zrce Beach on the Island of Pag, for five days and nights of music, pool and boat parties, and after parties that have become a notorious part of the Hideout Festival experience.

The festival is within easy reach of airports including Zadar, Zagreb and Split. Anyone lucky enough to be visiting the stunning port of Split as part of a cruise holiday should be sure to head to the festival if the opportunity arises.

Located in the aptly named town of Boom in Belgium, Tomorrowland has built a reputation as one of the world’s best EDM festivals. Over 100,000 revellers descend on the festival each day, with acts often creating exclusive mixes to be debuted during their set and creating a ‘had to be there’ vibe. This year’s line-up includes EDM legends including Alesso, Avicii, David Guetta, Carl Cox and Tiësto, all of whom will be performing to the crowds on Tomorrowland’s otherworldly stages; giant toadstools, rainbows, erupting volcanoes and glitter cannons are the norm. 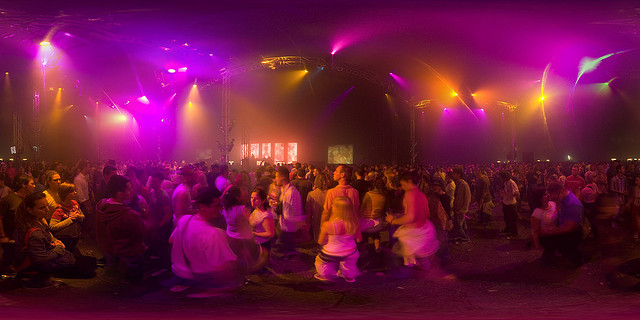 An island on the Danube plays host to Budapest’s Sziget Festival; a week long spectacle of theatre, circus, exhibitions and beach time. Robbie Williams, Florence & The Machine, Kasabian and Limp Bizkit are amongst those set to perform at the festival, though over 60% of acts are still to be announced.

Since it began in 1993, Sziget Festival has boomed in popularity, with 400,000 fans from 70 countries attending each year. Many revellers choose to stay in one of Budapest’s hostels, which are considered to be some of the best in the world.

Though very new, Sea Dance Festival is also very successful and was named Best European Medium-Sized Festival in 2014 (the same year it began). Jaz Beach in the Adriatic town of Budva provides a sandy backdrop for the sun-soaked festivities, with acts including The Prodigy, Rudimental and Sigma headlining this year’s line-up.

A combination of electro, dance, reggae and Latino acts take to the stage throughout the three day festival, with day parties, amazing sunsets and plenty of cocktails adding to the festival’s appeal.

NOS Alive has flown under the mainstream festival radar for years, however its location just outside the vibrant city of Lisbon has seen it boom in popularity over the last couple of summers. Sun, surfing and sunbathing is interspersed amongst bands including Muse, The Prodigy and Mumford & Sons, with the festival’s unique location putting revellers just 8 minutes from central Lisbon and 15 minutes from the beach.

Six stages will host over 130 acts between the 9th July and 11th July 2015, with many festival goers opting to stay at Lisbon Camping & Bungalows; Portugal’s only 4* campsite. 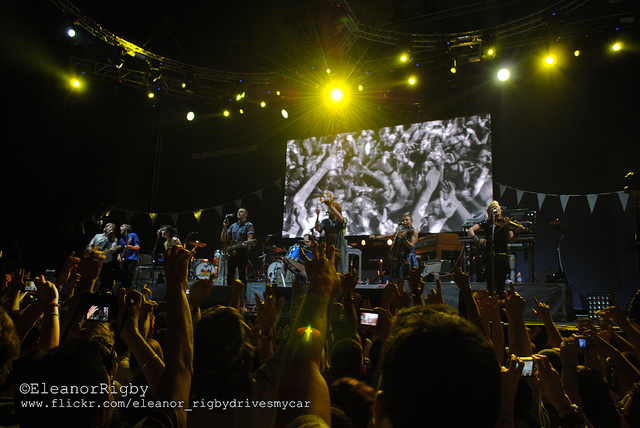 The town of Lucca in Tuscany plays host to some of the biggest names in music throughout July each year, with revellers filling the Piazza Napoleone. This year’s acts include Elton John, Bob Dylan, John Legend and Robbie Williams, and past years have seen legends such as Ray Charles and ‘Godfather of Soul’ James Brown take to the stage.

Expect a more high-brow and older crowd than other festivals, with incredible Italian cuisine and spectacular city views adding to the experience.

FIB Benicàssim is one of the most renowned festival on the European summer circuit and has burgeoned in popularity since beginning in 1994. Located on the coast between Barcelona and Valencia, Benicàssim puts visitors in walking distance of stunning Spanish beaches and an enormous water park. Blur, The Prodigy, Bastille, Kaiser Chiefs and Mark Ronson are amongst the acts confirmed for 2015, with around 30,000 people expected at the main stage alone each day.

If you are looking for sun, sea and seriously good live music, FIB Benicàssim is certainly worth travelling for.

The Nurburg Ring racing circuit is one of the famous in the world and when a newer, shorter version of the track opened in 1985, a one-time only music festival celebrated its inauguration. Fast forward to 30 years later and the Rock Am Ring festival is Germany’s most popular and a stand-out feature on the summer festival calendar. The festival is one of the largest in the world, with around 150,000 rock lovers expected to watch the likes of the Foo Fighters, Hozier, Marilyn Manson, Slipknot and Motörhead in June this year.

Fancy the sunshine but prefer to stay closer to home? Head to the Isle of Wight, a place with its own sunny microclimate and two of the biggest and best festivals on the British festival calendar.

Robin Hill Country Park is truly transformed for Bestival, becoming a sight to behold and attracting visitors from around the world. Renowned DJ Rob da Bank founded the festival and has since made sure that every year exceeds those that have gone before it.

HMS Bestival is an intrinsic part of revelry, with the cruise ship setting the backdrop for aerial performers, flame throwers, pyrotechnics and incredible laser shows, while the Bollywood Tent is a favourite feature for many that attend thanks to its Indian day beds and exotic cocktails. Each year, Saturday night becomes a huge fancy dress party, with a theme set for everyone to get involved; something that saw Bestival honoured with a Guinness World Record for most people ever in fancy dress at one time!

Expect everything from yoga to drag queens, meditation to comedy sketches, in what is a weekend of all-out merriment.

Located just two hours from London but situated within the realms of the Isle of Wight’s balmy microclimate, the Isle of Wight Festival is a popular option for those looking for the European festival experience without venturing far from home. Fleetwood Mac, Paul Oakenfold, Billy Idol and Groove Armada feature among the line-up for 2015, with everything from Bohemian Woods, beaches, bars, cafes, drag queens and burlesque promised over the weekend.

Michael Wilson is the MD of Bolsover Cruise Club based near Chesterfield in Derbyshire – Michael does not profess to be a festival goer but does understand that they are ever popular.