Rich in its intellectual and artistic heritage, Denmark’s old-fashioned charm exists, in part, because of its cultural history. You’ll have the chance to traverse thousands of years of history in mere hours and gain a deeper, more authentic appreciation for the Danish culture. To get the most out of your vacation itinerary plan, immerse yourself in the cobblestone streets and stunning architecture as you become acquainted with the coziness and contentment that pervades their culture—including their untranslatable word, “hygge.” In getting back to the Danish roots, you will come to understand the country’s standing as one of the happiest nations of the planet.

1. Church of our Saviour 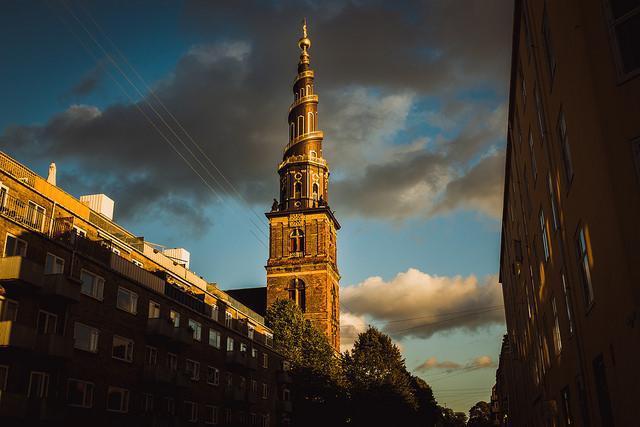 2014-09-21_Copenhagen_08 by Erwin Verbruggen (CC)
Famous for its 90 m (295 ft) tall helix spire, carillon, and the climbable, external winding staircase, Church of Our Saviour stands as a Copenhagen landmark. The exterior is the work of architect Lauritz de Thurah–rumored to have jumped to his death when he realized the corkscrew spire twisted counterclockwise rather than clockwise. The church not only is a prime example of the Dutch Baroque architectural style, it also offers panoramic views of the capital city’s core and harbor, and you’ll appreciate the colorful, terra-cotta roofs that give the city its charm from a birds’ eye view. Go inside the 17th-century church to view an altarpiece considered the masterpiece of artist Nicodemus Tessin. 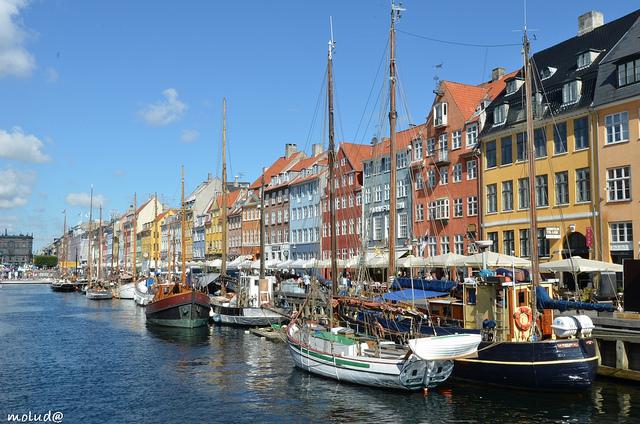 Experience Copenhagen’s charm from the ground up with a stroll along Nyhavn, a picturesque canal lined by brightly colored 17th- and 18th-century townhouses, cafes, restaurants, and bars. The north side of the canal showcases modest townhouses, including No. 9, the oldest house along the canal that dates back to 1681. The south side of the canal reveals lavish mansions. Following its 1670 construction, the area around the canal was notorious for beer, sailors, and prostitution. Today, the south side of the canal harbors many historical wooden ships, such as the Lightvessel XVII Gedser Rev, owned by the Danish National Museum. Join other tourists during your Denmark tour at the canal to sample traditionally prepared herring dishes and the canal’s famous beers. 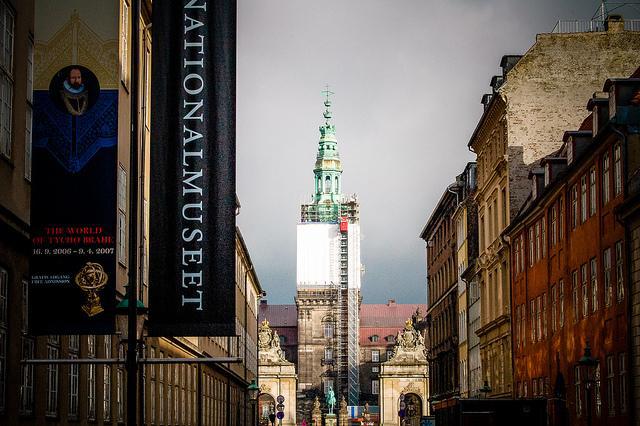 Preserving Danish cultural history and foreign culture alike, the Nationalmuseet takes you on a journey back 14,000 years. You’ll step into the lives of Dutch citizens with a view into stories of their everyday lives, special occasions, and the Danish state. Learn about the reindeer hunters of the Ice Age, and the Vikings, and the prevalence of the church in Danish life or explore religious works of art here. The museum preserves important national treasures–Danish artifacts unearthed over the past few centuries–like the Gundestrup cauldron, a silver vessel thought to date between 200 BCE and 300 CE. Or view the Egtved Girl, the well-preserved body of a young Nordic Bronze Age girl who died in 1370 BCE. Take a guided tour to get the most of your Denmark vacation. 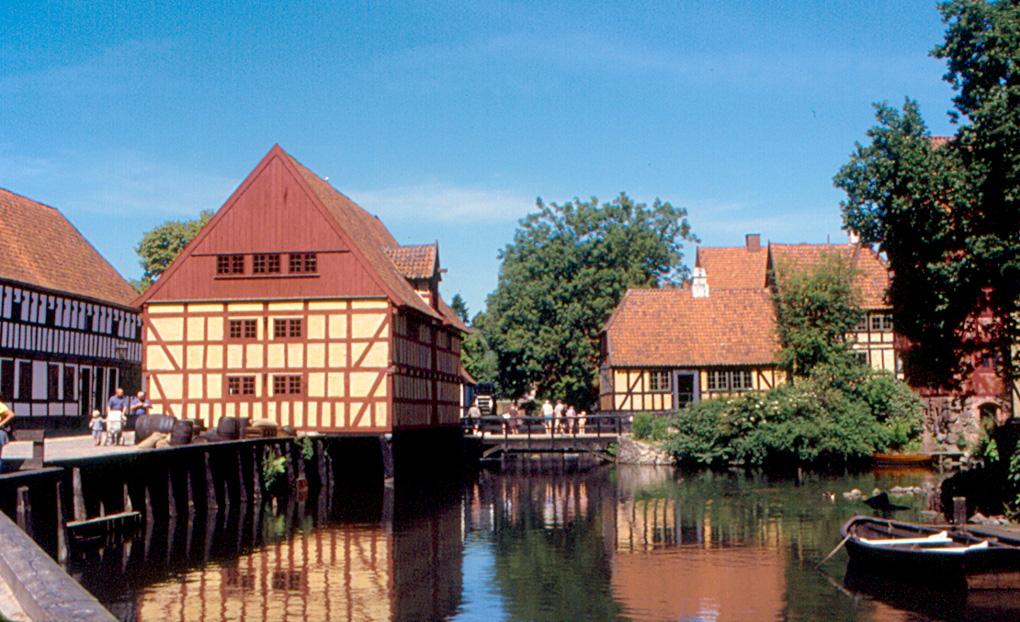 Experience Danish town culture first-hand with a step back in time at The Old Town, National Open Air Museum of Urban History and Culture. As the name suggests, this museum is a recreated, working old town– complete with a blacksmith’s shop, grocery store, post office, theater, and school. You can explore 75 historic buildings that are part of the complex for an authentic taste of what it was like to live and work in a Danish market town centuries ago. Stop by the toy museum, featuring over 6,000 19th and 20th century toys. Enjoy a cold pint in the Beer Cellar, or a slice of cake and cup of tea in the tea garden cafe. You’ll find many diners and cafes scattered throughout the site that showcase the different occupations of the Danish townspeople.

Elegant Christiansborg Palace, resilient and stately, is the 17th castle that houses the Danish parliament and its three supreme powers; executive, legislative, and judicial. The palace bears witness to three eras of Danish architecture. Originally built in the Baroque style, a serious fire led to the chapel being rebuilt in the Neoclassical style. A second serious fire resulted in restorations of the Neo-baroque style. Fires aside, the castle is known for its famous royal reception rooms–grand, richly adorned spaces with furniture and art salvaged from the fires that today are used for official functions of the monarch. Take a tour of the remains of the original castle for a peek at the castle’s long history as a royal residence and seat of legislative power.