Czech Republic, a central European nation boasts of rich and long history, splendid culture and grand architecture distinctly visible in the numerous castles and palaces on its beautiful landscape and native beers. The prominent Czech Republic attractions include the varied landscape of rivers, river basins, forests, hills and mountains besides the rich and vivid cultural heritage of this historic nation. Czech Republic comprises of the historical provinces of Bohemia and Moravia and Czech Silesia. Prague is the largest city and capital of the Czech Republic, home to many of the significant Czech Republic attractions. Evidently, a traveler will have his hands full while travelling to this amazing destination full of history and wonder. Earmark at least a fortnight to travel to this amazing destination. 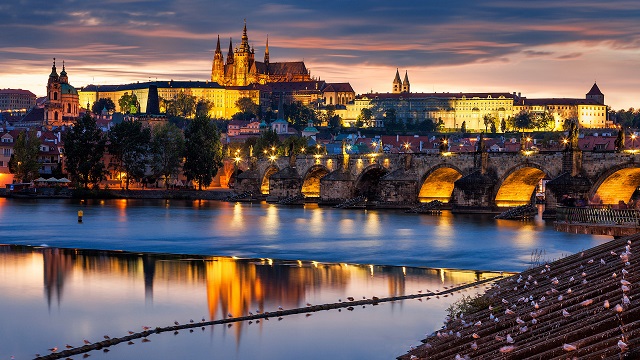 This historic bridge completed in the early fifteen century replaced the old bridge damaged by floods in the thirteenth century. It crosses the Vitava River in Prague and connects the City’s Prague Castle and the old town. This bridge is also distinguished as a Czech Republic attraction due to a continuous alley of baroque styled Statues adorning its length. Charles Bridge features in the top destinations of travelers visiting Prague.

Built in the early 19th century by a wealthy Jewish German Fritz Tugendhat, designed by a German architect, this historic structure in Brno is one of the early prototypes of modern architecture in Europe and has earned itself a significant following amongst the Czech Republic attractions visited by millions of travelers every year. 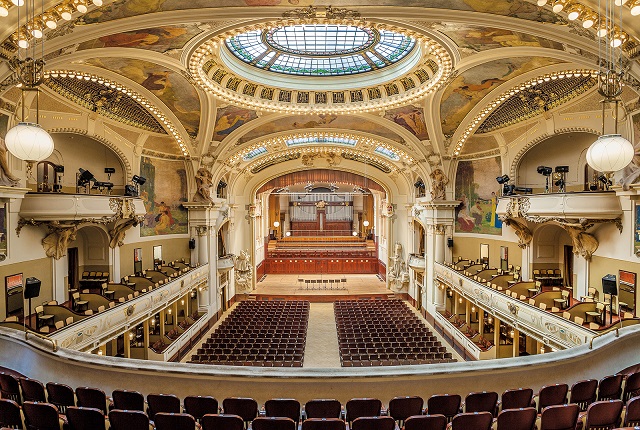 Once the site to the Royal Court Palace, residence to the King of Bohemia, the Municipal House replaced the abandoned and demolished historical structure. Restored painstakingly, the Municipal House is Prague’s’ art-nouveau edifice and a Czech Republic attraction for the art lovers decorated with an expert eye for detail. The main structure is used for Concerts and for Ballroom events.

This monastic library has the distinction of being the largest monastic library in the world. Replete with architectural and artistic marvels the two splendid halls are home to an era of historical facts and artifacts. This Czech Republic attraction is on the wish list of all travelers for the sheer grandeur and extravaganza at display.

St. Vitus Cathedral is of major significance since it is at the centre of the spiritual and cultural realms of the nation. This architectural marvel is a masterpiece and took over six centuries to be built. It is the resting place to many of the Czech great rulers and hence attains a major historical significance as well. Located in Prague, St. Vitus Cathedral is a landmark Czech Republic attraction that features in every travelers must visit list

This congregate of historical structures and monuments collectively called the Jewish Museum represents the Jewish heritage and is one of the most visited museums amongst the other Czech Republic attractions. This museum allows the visitors to learn more about the cultural and spiritual history of the Czech Jews.

Installed in 1410, the Prague Astronomical Clock is a medieval structure and has been acknowledged as the third-oldest astronomical clock in the world and the only such operating one. This unique Czech Republic attraction boasts of a very high visitation of the travelers to Prague.

The fascinating history of Prague from the pre-historic times to the 20th century displayed in the various sections of this awe-inspiring museum make its a must visit Czech Republic attraction. The intriguing exhibits at display in the museum are best appreciated by the traveler once the city has been explored prior to the visit to this museum. 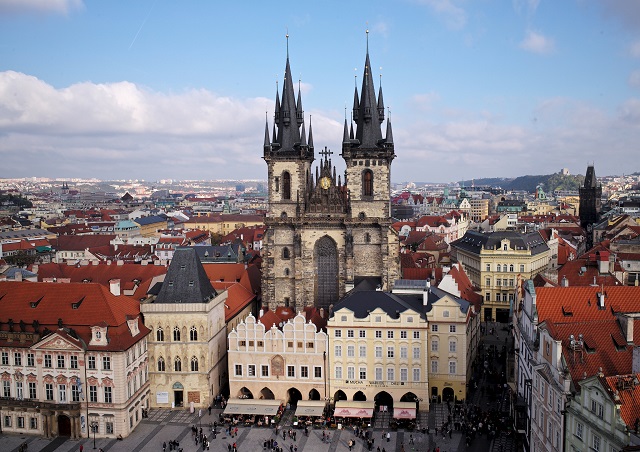 Church of Our Lady before Tyn

Since the 14th century, Church of Our Lady Before Tyn has been a dominant structure of the old town of Prague. This gothic Church has twin 80 m high towers and small spires. This historic Czech Republic attraction is one of the most visited destinations in Prague.

This beautiful green hill in the centre of Prague rises from the left bank of Vitava River. It is home to the largest green spaces in the city of Pargue and hence is favourite Czech Republic attraction amongst the local populace. Locals prefer to take quiet walks under the tree shaded stretches and scenic views of the city.

Located in Hradcany, a district of Prague, Loreta is a pilgrimage visited my millions of travelers every year to the Czech Republic. The ornate structure is inspired by the legend of Santa Casa in the holy Land and a replica of the same has been created. Loreta is a favored destination and a spiritual Czech Republic attraction.

The young Czech look up to John Lennon as a Pacifist Hero since his murder in the 1980s and his painting came up on the wall of a secluded square opposite the French Embassy along with political graffiti and Beatles lyrics. The visiting tourists to the John Lennon Wall make their own contributions to this and hence it has become a Czech Republic attraction.

This modern yet geek looking mutli-tab pub in Prague is one of the most successful and popular pubs in Prague offering the guests best beers form the local Czech producers as well as brewers from across the globe. The pub gets its name from its lab like presentation. This Czech Republic attraction distinguishes itself by rotating the 32 taps with hard to find labels.