If you’re just purchased a bicycle, then congratulations are in order – a great deal of fun awaits you. But in order to get the most out of your new toy, you should consider the raft of supplementary gear on offer. Let’s take a look at some of it.

While many road accidents cause injury to parts of the body other than the head, the vast majority of fatal ones occur because of head trauma. Even the most accomplished cyclist occasionally suffers a lapse in concentration – or they’re exposed to the mistakes of other road users, animals and freak weather events. A helmet should therefore be considered mandatory.

When it comes to wearing a helmet, it’s better to plan for the worst and hope for the best. The European Union sets a standard for cycling helmets which all helmets must meet. When you pay for an expensive one, you’re typically not paying that premium for additional safety, but for superior looks, ventilation and weight. 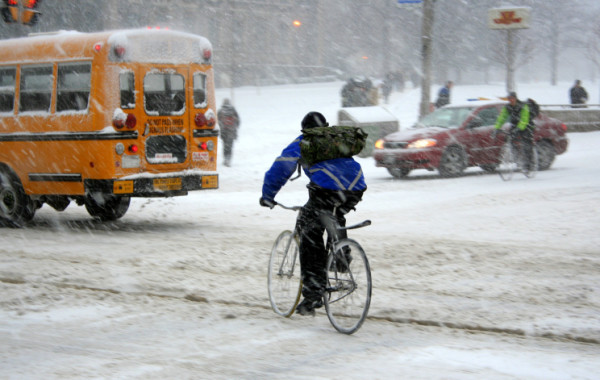 Cycling, like any form of exercise, will cause you to sweat. Sweat, unsurprisingly, depletes your body’s supply of water. If you’re to avoid dehydration, you’ll need to replenish said water supply. For this simple reason, it’s essential to take a bottle of water with you wherever you go on your bike.

Water bottles are made to pretty universal standard, and all but the rarest bikes come with space for a cage, if not the cage itself. Make sure your bottle is filled before you set out on your trip. There’s nothing worse than having a bout of cramp set in when you don’t have any means of topping up your water levels.

When you’re first starting out, you might opt for pedals that strap over the top of your feet. But you’ll eventually want to upgrade to clipless pedals and special cycling shoes that snap into them. These work in much the same way as ski-bindings do. They’ll enormously increase the adhesion between your foot and your pedals, and thereby heighten the efficiency with which you can move the bike forward. You’ll not only be pushing down, but you’ll be pulling up as well – the result is much improved performance, and much reduced hassle!

If you’re going to get the most out of your cycling trip, then you’ll need an appropriate set of threads. There’s an opportunity to save money, here – since sponsors for cycling teams change annually, you’ll find last year’s kit being sold at knockdown prices at the end of a cycling season.

These discounted kits tend, however, to be of the summer sort. Since for most of the year in Britain you’re going to be dealing with poor weather, get clothing that will be able to cope. You’ll need a base-layer, a short-sleeved jersey and bib shorts to begin with. You can always pack a rain-jacket to cope with wet weather.

Cycling attire is something that one might easily spend hundreds, if not thousands, of pounds on. Avoid overspending by deciding on a budget beforehand and sticking with it.

Most breakdowns come about as a result of a puncture. You should therefore carry with you all of the items you’ll need to repair the puncture – inner tubes can be easily stowed into small spaces, so cram a few of them into your bag. A tyre lever and a pump are also essential.

If you want to keep your bike in good repair as you go on, then you’ll need other tools. Allen keys, flat-head screwdrivers and chain-rivet extractors are all excellent pieces of kit – they’ll get you back on the road if some mechanical failure should rear its ugly head.

If you’re going to be moving your bike out into the countryside before cycling it, then you’ll need a means of transporting it in your car. If you’re going to be cycling through a muddy forest, then your bike will quickly arrive at a state where you won’t want to put it in your car without some protection. But even if you’re a road-cyclist, all of that dust and grit will swiftly accumulate on your tyres.

Broadly speaking, you’re faced with two options. There are racks, which tether your bike to the outside of your vehicle, and there are boot liners, which ensure that the interior is protected against your muddy bike. Where the latter are concerned, you’ll want one that’s made to fit your specific model of car – as ‘one-size-fits-all’ sorts rarely live up to their billing. If you’re looking for a Volvo, Vauxhall or Mercedes boot liner, then Hatchbag car boot mats are a safe bet.