Shimla, the capital of Himachal Pradesh, is one of the top tourist destinations in India. The picturesque city is situated in the northwestern part of the Himalayan Mountain Range and the mean elevation of the city is 7,234 feet. A Shimla location map shows the different highways, rail lines, railway stations, hospitals, hotels, educational institutions, religious places, water bodies, and other important places of interest in the city. The coordinates of Shimla are 31° 6’12” North and 77°10’20” East. A location map of Shimla also highlights the Jakhoo Hill, the tallest point in the city.

Christ Church One of the oldest churches in North India, Christ Church was built by the British in 1857 to serve the large Anglican British community in the area. Built in the Neo-Gothic style of architecture, Christ Church is one of the long lasting legacies of British rule in India and is one of Shimla’s most recognized landmarks. 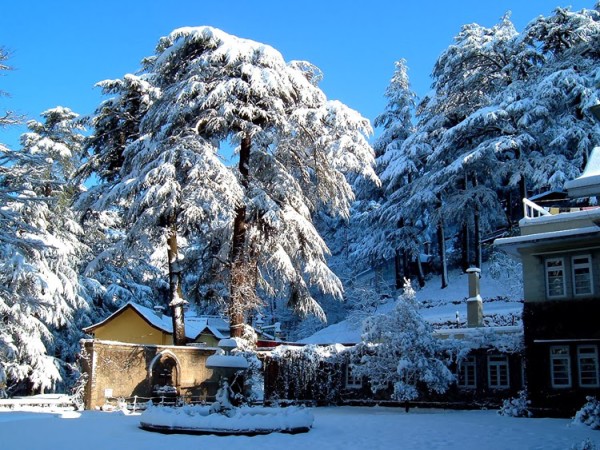 The Jakhoo Temple is an ancient temple dedicated to Lord Hanuman. Located on Jakhoo Hill, 2.5 km from the Ridge, the Jakhoo Temple offers beautiful views of the Shivalik Mountains and the nearby town of Sanjauli.

The Ridge of Shimla

The Ridge of Shimla is a large open spacious platform from where you can have a panoramic view of the mountain peaks of Shimla. The snow capped mountain ranges engulfed in the beauty of the nature is a phenomenal view that the Ridge of Shimla offers to the crowd. 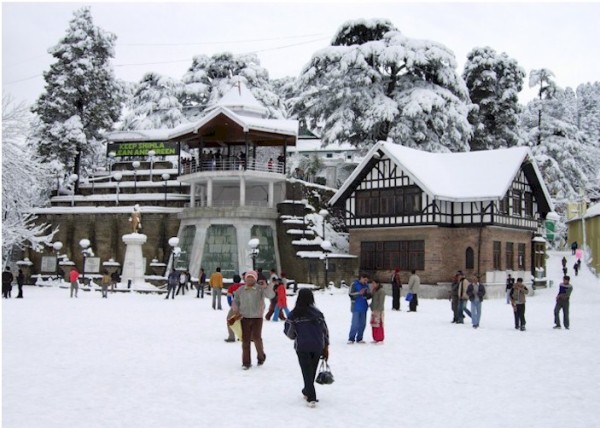 The Shimla State Museum houses a huge collection of magnificent paintings, sculptures, coins, handicrafts, photos, etc of not only the state of Himachal Pradesh but outside too. The state museum is a major attraction of the Mall area of Shimla built in the style of colonial edifice with sprawling lawns all around. This museum was inaugurated in 1974.

Also known as the Shimla of Madhya Pradesh, Shivpuri is an ancient town in Gwalior, whose dense forests were used as the hunting grounds for the Mughal Emperors. The royalty of this small place lies in the exquisite hunting lodges and palaces that were built by the Scindia Rulers. Madhav National Park, the hunting preserve of the rulers of Gwalior, houses the most beautiful creation by them-The George Castle.

Summer Hill: Located 5 km from the Ridge is the beautiful little township of Summer Hill. Sitting at an altitude of 5600 feet on the Shimla- Kalkarailway line, this is where Mahatma Gandhi used to stay when he used to visit Shimla. This is also where the Himachal Pradesh University is situated.