It is easy enough to travel to Dublin and see all of the main tourist sights; there are countless tours available all day every day and there are also guided night bar crawls for you to really get a sense of the Irish culture. These two places listed below are for two types of people: the first group will be people who have visited Dublin many times before and want to see something other than the tourist spots or you may be in the second group who have never been to the city but are looking for something weird and wonderful to explore. Whichever category you fit into, these two places will certainly tick all of the boxes and leave you with unforgettable memories or nightmares. 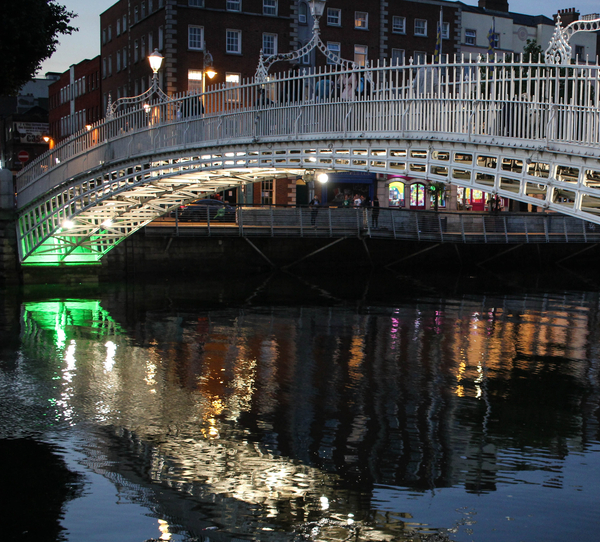 A short tram ride across the city from the O Callaghan Davenport Hotel will take you the the Kilmainham Gaol, a prison that was home to men, women and children for 137 years. It was one of the harshest prisons in Ireland, known for its packed cells due to an influx of incarcerations during extreme famines and during rebellions with women and children sleeping in corridors and men squeezed into cells. It is most famous for holding the leaders of the Easter Rising in 1916 when Irish republican rebels commandeered the General Post Office and many other major sites in Dublin for 6 days in order to protest against Britain ruling over them. Once they surrendered, the leaders were transported to Kilmainham Gaol where they were executed in its yard after being found guilty in an attempt to quash the rebellion but it had the opposite effect with it actually gaining traction and most of Ireland saw independence a few years later; Kilmainham closed its doors several years after independence in 1924.

Today, visitors can explore the prison and see what life was like for those who were unfortunate, or in some cases fortunate when the famine was in town, to be within its walls. There are exhibitions detailing famous last words, prison life and restoration projects. It is a fascinating place to visit for anyone who loves to delve into history.

If you find yourself staying at one of the Dublin hotels with parking then leave your car at the hotel and take a stroll to the National Museum of Ireland where you will find the Kingship and Sacrifice exhibition. This exhibition isn’t one for the faint hearted as it is a display of human bodies that were sacrificed many, many years ago and preserved in the Earth’s natural peat. Thousands of years ago, human sacrifice was not uncommon in Ireland and the disposal of the remains in peat led to a number of bodies being mummified within the earth, leading to incredible preservation of the human remains. The Bog Bodies Research Project has seen bodies with flesh still on the bones of the corpses despite them being over thousands of years old; the Cashel Man is one such body on display and he is the oldest bog body that has been found, dating back to 2000 B.C, and he is still remarkably covered in flesh. This exhibit may be gruesome but it is equally fascinating.