Gibraltar is an amazing mixture of past, present and future, and there is an ever-growing list of things to visit.

Here is a list of some of the things you just can’t miss:

St Michael’s Cave is a series, or network, of caves made of limestone, which are found on the Rock of Gibraltar. St. Michael’s cave is located inside the Upper Rock Nature Reserve of Gibraltar at a dizzying height of well over 300 meters above sea level. The name St. Michael’s comes from a grotto, or cave of a similar nature, which is in Monte Gargano in Apulia Italy.

The Lighthouse at Europa Point

The Trinity Lighthouse was first lit in 1841 and is one of the most often visited and most frequently commented on attraction at Europa Point. The lighthouse stands on the most southern point of Gibraltar. It is situated at the gateway between the Atlantic and Mediterranean waters. It serves as landfall and waypoint for vessels passing through the Strait. 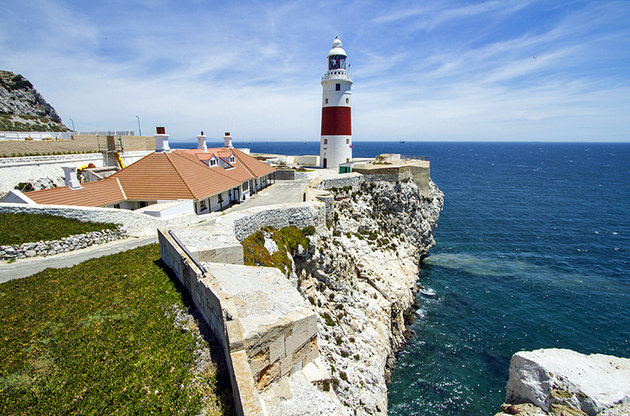 The Rock of Gibraltar

If you stand on the top of the Rock of Gibraltar, you will feel like you are on top of the world and you have Europe at your feet. The journey to the top rewards you with a spectacular view. From a height of 426m you will be able to see the African Coastline on the horizon, where the Atlantic meats the Mediterranean, Spain’s Costa Del Sol, a panoramic view of the city below including a great view of the Eliott Hotel Gibraltar, the quays, marinas and bays.

Visit the Apes’ Den at the Upper Rock where you will find Barbary Macaques, the only free-to-roam primates in Europe. According to legend, if the Apes leave Gibraltar it will cease to be British. Be careful when near the monkeys though and they can be very mischievous. They will often approach and sometimes climb onto people as they are used to human interaction. They are still wild animals though, so it is important not to annoy or frighten them as they will bite if they feel threatened.

The Gibraltar Botanic Gardens lie at the foot of the Rock of Gibraltar, around a 12 minute walk from the Eliott Hotel Gibraltar. The gardens grow plants from all around the globe but focus mainly on succulents and plants from parts of the world with a Mediterranean climate. While visiting the gardens, you can also see many species of birds, bats, reptiles, amphibians, butterflies, moths and other invertebrates such as he Gibraltar Funnel Web spider and Europe’s largest centipede.

The Great Siege Tunnels are one of Gibraltar’s greatest attractions. They were carved out by the Merchant Marines to defend Gibraltar during one of the many sieges, this one aptly called the Great Siege of 1779 to 1783. The visitor to the Siege Tunnels will note that they seem to go on forever, and that upon entering on one side of Gibraltar, you will end up nearly on the other side of the Rock.