Have you ever wondered what it is like to feel like you’re in a whole different place just by traveling to  another side of a city? Then you should definitely visit Istanbul, a beautiful city where conservative East meets modern West. Istanbul will leave you with many impressions you wish to share, because there is simply no city like it. When you want to share these impressions with everyone back home, you should use a prepaid phone to contact them to avoid unexpected costs or a search for phone stores that offer local carriers. You can buy phone credit for your phone online. This way you only have to enjoy the amazing sights Istanbul has to offer and you won’t have to stress about anything!  In case you’re overwhelmed with all the sights, I made a list of seven things to see when in Istanbul! Of course there is a lot more to do in this amazing city, but this list will get you started. 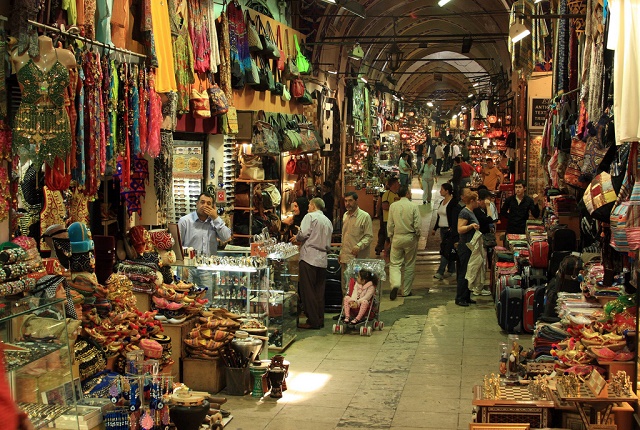 The Kapalı Çarşı was constructed around 1455 and grew out to be the size it has now around the start of the 17th century. This bazaar is one of the largest indoor markets of the world. It has more than 58 streets and 1,200 shops. The best known shops are the ones with jewelry, carpets, scarves and spices.

The Topkapı Palace was the residence of the Osman sultans for a very long time. Sultan Mehmet II started building the palace in 1459. Nowadays the palace is a museum where you can find old Turkish clothing, weapons, jewelry and also old Islamic relics. You can wander around in the palace rooms that still have beautiful decorated walls and enjoy the beautiful view over the Bosphorus river.

During the reign of the Ottoman Empire from 1856 until 1923, this palace served as an executive centre. Dolmabahçe Palace was built as a new palace for the sultan with a lot of modern luxury. The impressiveness of the deluxe interior is something that will stick with you for the rest of your life. 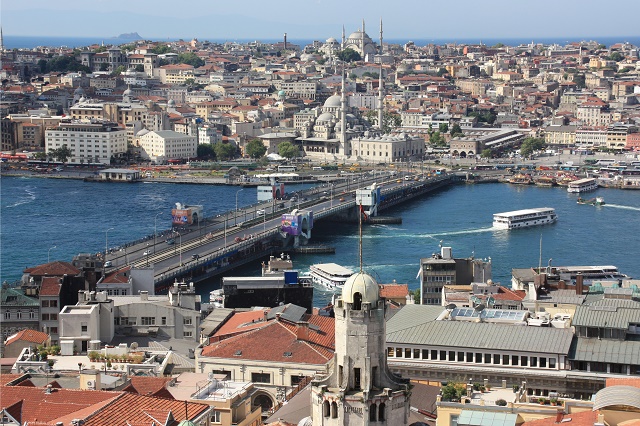 Kız Kulesi is a tower on a small island in the Bosphorus. Legend says that the tower was built by an Osman Sultan who held his daughter captive in there. It was foretold that she would die on her eighteenth birthday. Unfortunately, she still died on her birthday because she was bitten by a snake. Nowadays you can visit the restaurant that is placed in the tower and enjoy the view over Istanbul and the Princes’ Islands. Büyük Ada is the largest of the nine Princes’ Islands in Turkey. It’s a beautiful Island where motorised vehicles are forbidden. Escape the busy city and take a walk, ride a bicycle or take a horse and carriage around the island.

7.Ortaköy and the Bosphorus Bridge

Ortaköy is a neighbourhood in the European part of Istanbul and known for its great historic architecture ánd exciting nightlife. And don’t forget to order yourself some Kumpir, a traditional Turkish potato dish, at one of many small stands near the water. An added bonus is the great view over the Bosphorus Bridge that connects the European side of Istanbul to the Asian side. The Bosphorus bridge lights up at night which makes eating a Kumpir in Ortaköy before hitting the clubs a great way to start your evening.

Of course Istanbul has much more to offer, but you’ve got to start somewhere. These places are definitely worth paying a visit, to make your trip to Istanbul even more memorable.